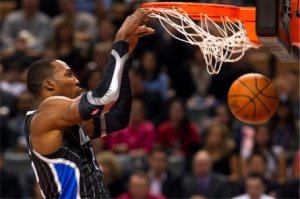 The Bulls came into tonight’s game against the Magic riding an 8-game winning streak, and fresh off a thrilling win at the buzzer in Milwaukee on Wednesday night. My worry coming into tonight’s game was that the Bulls wouldn’t have enough gas left in their tank to play a full 48 minutes.

Well, my worry became reality. The Bulls suffered a tough 99-94 loss on their home court tonight; only their third loss at home this season.

The Magic came out scoring at will in the first quarter, shooting 75 percent from the field. The Bulls, on the other hand, did not shoot that well at all. Orlando jumped out to an 18 point lead at one point, and it looked as though this game was going to be a blow out.

Late in the second quarter, the Bulls finally found their touch. Kyle Korver scored 7 straight points for the Bulls to ignite the team and the fans. With about 25 seconds left in the first half, Luol Deng drained a big 3 pointer to cut the Bulls deficit to 8 points. Moments later, the Bulls forced a turnover, and Derrick Rose ran up the floor and nailed another 3 at the buzzer.

The second half, for the most part, was a back-and-forth trading of baskets between the Bulls and Magic. The Bulls, however, could never take more than a one point lead in the game.

Late in the fourth quarter, Kyle Korver found himself with at least three, if not four, wide open 3-pointers. He missed them all.

Then, with about 20 seconds left in the game, Derrick Rose had a chance to make it a 3-point game with 2 free throws. He made the first and missed the second, leaving the Bulls down by 4 with just under 20 seconds left. The Magic wound up making their free throws to seal the win after being intentionally fouled by the Bulls.

Fatigue definitely played a roll in the Bulls losing this game, but you still have to make the wide-open shots that you are given. That, along with the number of offensive rebounds by the Magic, were the two biggest areas that the Bulls needed to better at tonight in order to get the win.

Next week, the Bulls will play back-to-back games against the Knicks and Heat on Tuesday and Wednesday. Let’s hope that they will be less fatigued heading into those two marquee matchups.