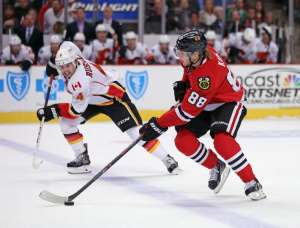 Three games are already in the books for the Hawks as they find themselves sitting at 2-0-1. Even after just three games, there are already some things sticking out at me about this team, both good and bad. Starting the year with three straight games without a regulation loss is obviously a good thing, but the Hawks play in the NHL’s toughest division and will need to continue earning points on nearly a nightly basis. With that, here’s what I’ve noticed through three games:

Coming up, the Blackhawks host the Predators and Flyers before heading to Nashville and St. Louis. They really need to get two points in each of these last two home games to keep themselves in a good spot in the Central.